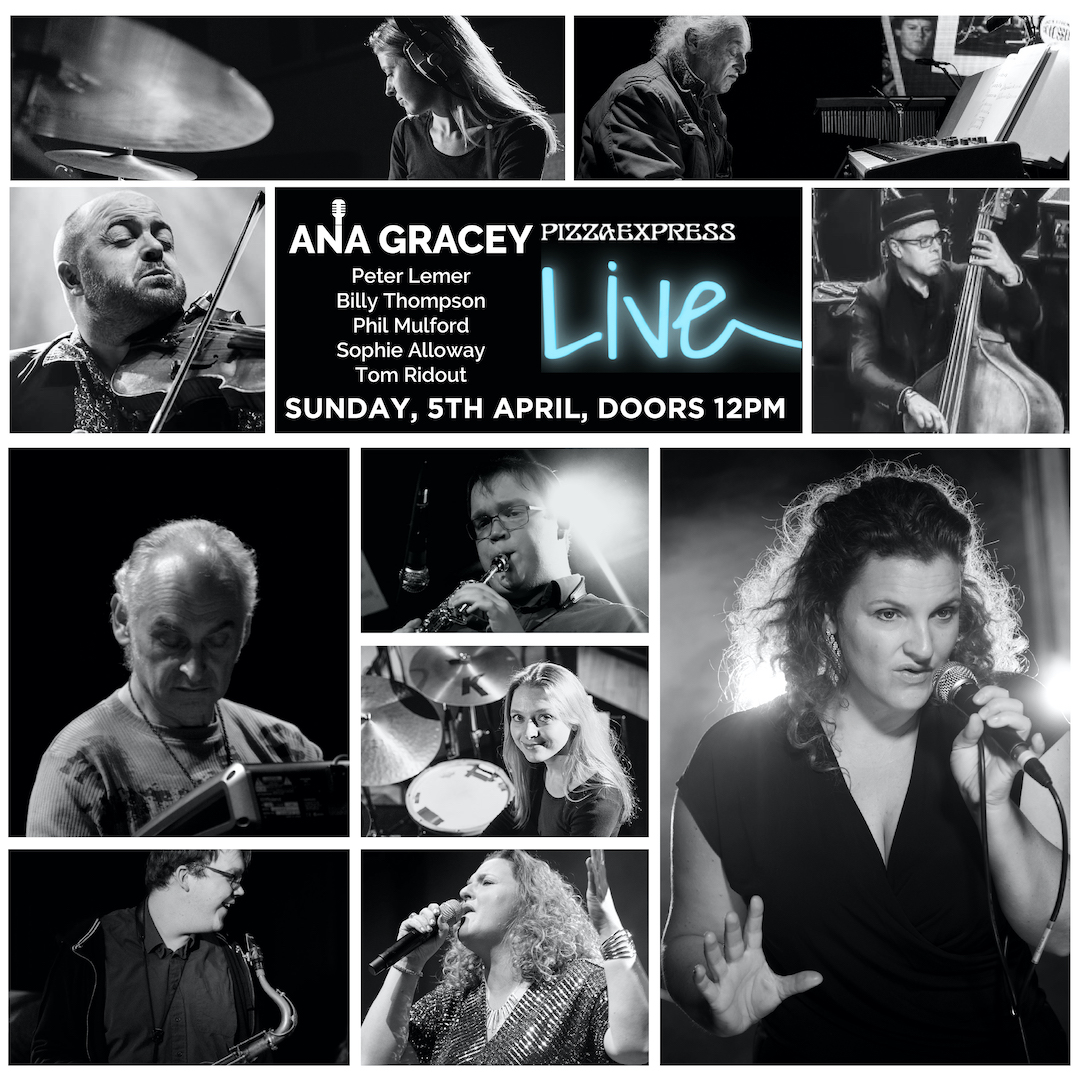 This exclusive live show will feature internationally renowned improvising violinist Billy Thompson who has performed with Ana for many years; featuring on all 3 albums to date and toured extensively with her parents as part of Barbara Thompson’s Paraphernalia. Also from the Paraphernalia family are inimitable bass player Phil Mulford and pianist Peter Lemer whose lengthy and distinguished career has found him in a wide variety of musical settings. The superb ‘Goddess of Groove’ Sophie Alloway will feature on drums with the addition of the young, upcoming Tom Ridout on sax; finalist in the BBC Young Musician of the Year 2016 Jazz Award.

Ana Gracey will be performing originals from her extensive body of work alongside tracks from her new album ‘Wicked Games’ – a collection of pop songs given a jazz treatment – which features her late father, legendary drummer Jon Hiseman, Peter Lemer on keyboards, Phil Mulford on double bass with guest appearances from Colosseum’s Clem Clempson, Paraphernalia’s violinist Billy Thompson, saxophonists Adrian Revell (Jamiroquai) and BBC Young Musician of the Year finalist Jess Gillam as well as Ana’s mother, saxophonist Barbara Thompson MBE. The album is dedicated to the memory of her father.